Stepping into Cyberspace; How the Law Enforcement's Paradigm is Shifting

Stepping into Cyberspace; How the Law Enforcement's Paradigm is Shifting 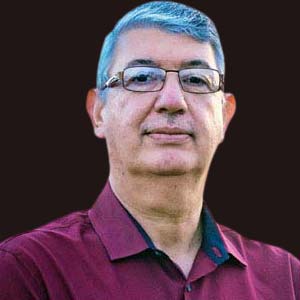 Since the dawn of civilization, there was law and order to establish such great civilizations. There were people who respected the laws, people who bent the laws, and others who just plainly broke it. In ancient societies, there was no official law enforcement function and very little, if any, attempts at organization. Instead, individuals, families, and clans took it upon themselves to take revenge against those who may have injured or offended them, till the days of Hammurabi’s code in 1754 BC.

The closest function to modern policing was probably attributed to the military forces of those kingdoms and cultures. In the days of the Roman empire, it was a common scene of the centurions patrolling the markets and common areas. Their presence most of the time insured that laws were obeyed.

In the middle ages, a form of community policing was established, and as an example of that is something called the Frankpledge in England. It was a compulsory system to share responsibility to protect the community. Any one over the age of 12 would have to serve under that system; a group of 9 under the leadership of an older man would patrol the community and keep things safe.

The first attempt of establishing a centralized professional police force is said to be made in the 1820’s by Sir Robert Peel in London. In the United States, a watch system was established and its sole purpose was to warn the community against any impeding danger. The night and day watch were composed of volunteers who were sometimes not effective since they slept or drank on duty.

In 1838, the city of Boston established the first American police force, then after that followed by other major cities.

Criminals thrive mostly in places where people do business or entertain themselves and relax. They rely mostly on the distractions that keep us from paying attention to any abnormal activity, leaving us vulnerable to such attacks. Today, things are a lot more complicated than ever! Conventional crime, as we know it, is changing.

With the advancement of technology, a lot of business happens online now a day. So, criminals shifted their attacks to less dangerous and less obvious methods and started preying on people in that cyber space. The use of technology is not restricted to law abiding citizens only. They are also extended to others who decided to use it from the comfort of their homes/hideouts and behind untraceable computers to launch such criminal activities.

There were very few laws and regulations to govern the security of users in cyberspace. It is estimated that the global loss from such attacks will exceed $53 Billion globally. The “WannaCry” ransom attack by itself resulted in losses of more than $8 billion in 2017.

How trained are our staff in dealing with the Electronic Communications Privacy Act (ECPA)? Should we train engineers to do law enforcement work or the officers and prosecutors in technology?

In my opinion, there should be a big shift in our education and training for such jobs. Information technology science should have a major role in educating our officers, lawyers, and judges to be able to handle such crimes.

Today as a reality, we have task forces throughout the nation that deal with such crimes. Most of the time, the technology forensics specialists come from the FBI or such federal agencies, since they are the most advanced in this field. With the way cybercrime is growing, such task forces will be overwhelmed dealing with it and we need to handle it at the local level.

A true restructure of our education and training system should be in planning, to better prepare professionals in this field to deal with it locally. Starting from colleges to police academy’s recruiting should be focused on more people with technical skills that can serve as officers. Budgets should focus on technology as a business partner and not as a support service within the office.

The justice system should open up to deal with information technology as a major contributor and not as a utility company within the organization.

Drones can be very useful in patrolling and reporting back more accurate information, providing real time information to police dispatchers, and crime analysts where officers can be safely guided and avoid dangerous situations. They can help save lives by better planning and also provide some crucial evidence for such cases.

The augmented reality technology in the likes of Google glasses and Microsoft HoloLens can help in providing live information in any situation and feedback on it in real time. This technology has proven to be very useful in other industries and yet must be implemented in law enforcement.

Social media today is playing a big role in solving crimes and/or providing evidence and tips on certain situations that crime analysts can make good use of. Biometrics is another technology that is being slowly implemented in the filed license plate readers and face recognition, helping in capturing or solving crimes.

Predictive analytics can pave the future for preventing or avoiding certain situations based on decades of information saved in databases and not properly being used for such purposes.

Technology continues to advance at the speed of light, and for us to make the proper use of it we need to prepare and budget for its use in education, training, and implementation. It is changing and advancing the law enforcement profession like it is doing with other careers. With proper restraint and respect of constitutional concerns, the use of technology in criminal justice will enhance and improve our justice system to better serve and protect our respective communities.

Disrupt Your Legacy Application Portfolio to Improve Security And...

Why a Credentialing Strategy Must be Part of Your Digital Strategy

The Convergence of IT with the Internet of Things Innovation

It’s On People: The Undeniable Cultural Impact in a Digital...

A Promising Road Ahead for Insurtech

Bolloré Logistics Australia becomes a global leader in the use of...