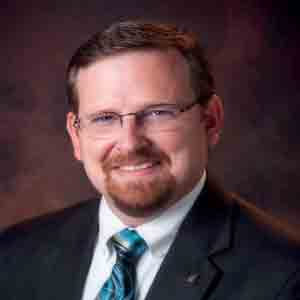 Be sure you read that title correctly. It’s not “Don’t forget ‘em, ya’ll!” It’s “Don’t forget EM, ya’ll!” The lack of that small punctuation mark signifies something very different, and much needed in today’s world – Emergency Management (EM). Our world today certainly seems more out of sorts than most of us have seen in our lifetimes: worldwide pandemic, fierce storms and wildfires, civil unrest, an active hurricane season… In times like these, the importance of Emergency Management is clear. Many organizations and municipalities have spent a great deal of time and effort over the past years, perhaps decades, ensuring that their contingency plans were current and well-exercised. In 2020, those organizations were stressed, but not as much as those who simply didn’t put much thought into preparedness. “It’ll never happen to us,” or “It could never get THAT bad,” are phrases they might have uttered in days past. Those organizations are likely still reeling from this year’s reality - they just weren’t as ready as they could have been.

One challenge that many top managers face is how to justify spending on Emergency Management when other expenditures are more pressing, more visible, and may provide more short-term benefit. Since most organizations are not facing a major disaster at any given time, perhaps the better approach is not to focus on the current state of affairs, but rather to consider where they would like their organization to be WHEN (not if) disaster strikes. Benjamin Franklin famously stated, “By failing to prepare, you are preparing to fail.” Shortly after a disaster strikes, your stockholders, your customers, or your citizens will all begin to realize just how prepared you were. You will either be a winner or a loser.

​One
challenge that many top managers face is how to justify spending on Emergency
Management when other expenditures are more pressing, more visible, and may
provide more shortterm benefit

Often, management’s concern is bringing additional employees into the workforce solely to work on EM while other divisions are demanding staff as well. While the philosophy of EM (do we, or don’t we need to prepare) is arguably an either-or decision, the details of how an organization gets there doesn’t have to be. Years ago I found myself the lone EM employee in a large city. For a variety of reasons, my annual requests for additional personnel were routinely denied. One year I modified my approach and requested technology funds, making the argument that I would use new technology as a “force multiplier.” I was pleasantly surprised to get a positive response, and then embarked on a journey to find the most effective, most cost-efficient way to be in multiple places at the same time through technology. That process taught me several truths about technology in Emergency Management:

1) Take the time to really understand what you need. Good Emergency Managers constantly tell others “Don’t tell me what you want – tell me what you need.” They also need to take their own advice and trust the expertise of their Technology team. Several times my IT staff has had a different solution than I wanted, but I’ve never regretted following their advice.

2) You get what you pay for. Well, at least most of the time. There’s a reason our grandparents kept repeating that phrase, and it seems to hold equally true with homes, car tires, and technology. Just remember that disasters don’t schedule themselves around the work schedules of technology firms – 24/7 support is worth paying for in the EM department.

3) Don’t be afraid to get a simple app to resolve an issue. Over the years I’ve used dozens of weather radar systems and software, some costing tens of thousands per year. My goto solution for the past decade has been a simple app that my counterparts rave over, and that costs me under $9 per month.

4) The best solution out there won’t stay that way for long. Something bigger and better is always just around the corner. Jump in and select a solution, but don’t be afraid to change horses in a few years if the grass really does get greener somewhere else.

5) Spend a little on new technology. There are so many creative technology professionals out there – some within your own organization. Never be afraid to invest at least a small portion of your budget in a new system that could really change things. You’ll eventually strike gold.

In the final analysis, we will be judged for how well we took care of our customers, our citizens, our employees, and our organization as a whole. We can leave it in better shape than we did before, or we can naïvely avoid the issue and hope (falsely) that nobody notices. Ask yourself how your organization is doing right now. Maybe there are a few things you could planned better for in retrospect – that’s okay. Perhaps, instead, you’re thinking of a multitude of things that would have gone better with some additional preparation – if so, you’re at a critical juncture. Take some time, meet with your key stakeholders, and involve your IT staff. It’s never too late to get started. Above all, remember this during your planning and budget meetings: “Don’t Forget EM.

What It Truly Means For IT Security To Bea Business Enabler

Policy is a Key Solution to Stopping Packaging Waste

Congestion-Driven Basis Risk, A Challenge for the Development of...