Innovations Shaping the Future of Policing

Innovations Shaping the Future of Policing 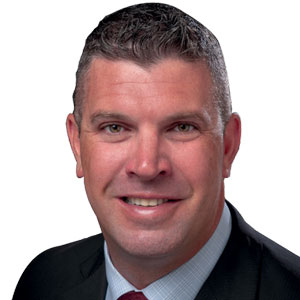 How have you seen the law enforcement space grow and evolve to where it is today?

I went to the police academy in 2001. I've been a certified police officer for 18 years now, and in these years things have entirely changed. To begin with, when I was first a police officer, I was using VHS tapes for in-car video, and now there's technology where you can live stream videos. Also with the crime scene investigation, where we used to draw sketches with the templates, we use 3D reconstruction now. Also, the body-worn cameras; we didn't have those when I first became a police officer, use of biometrics for data security, G.P.S., use of drones for crime scene investigation and so on. Thus, enormous developments have happened over the years.

The technology changes the place for both law enforcement and the general public as well. So with these new technical advancements do you see any key pain points emerging?

Especially with body-worn cameras, there is going to be body-worn camera scrutiny and what is going to become available through open records request, also with the use of drones what we are recording, and what is going to be released in open records. These are all the procedures and policies we are going to have to explore, possibly modify or develop. For instance, through the use of drones and flir thermal imaging cameras, we are able to gain access to areas possibly not previously accessible. We can see for example, if someone is cultivating marijuana. These are all things that we’ve already had cases on and many more may eventually end up in the Supreme Court.

So I think as technology continues to emerge it’s important to ensure that the officers that are currently on the street are trained and equipped with that technology to help better their patrol experience.

In a lot of other industries, the millennial workforce is entirely different from any of the previous generation. So does that apply to law enforcement as well?

We are seeing younger officers now that are coming to the police academy who have been using technology all through their life. One of the challenges that we had with our previous officers during training is multitasking and being able to be in the vehicle and do several different things. New younger officers are used to having a computer with them; they understand how to use social media, and how to do different things with new technology. So it's like reverse mentoring; having one of these younger officers could help us learn more things about these technologies. Also, some other ways how we are using social media is for marketing. For instance, to convey about the classes that we're hosting, use it as a recruiting tool to get new officers into our field, and using it on the investigation side.

Could you shed some light on how your journey has been in the industry?

I went to the police academy, started as a patrol officer and then went into our investigation unit; did property crimes and then moved on towards the major crimes and homicide team, I then became a field training officer. Before I joined the Collin College, I worked as an assistant coordinator for ten years; later I joined Collin College as Director-Law Enforcement for a new public safety training center.

I think the key to my success was several things. One was continuing education. I tried to get as much training as I could and also my higher education helped my career path as well. Another factor was being able to step outside of law enforcement training and looking for what corporate America was doing in their leadership to see if any of that could be brought into the law enforcement realm. I think this was one of the things that helped me as I moved into the role of director.

What is your strategy to pick the right solution providers to help you with the training?

First thing I was able to do was to hire three full-time staff to help run the daily operations of the training center. It is essential that you have the right person in front of the classroom whether they're teaching a recruit or an incumbent officer. I've reached out and made sure that the three people that I have are subject matter experts and they are the right people who should be teaching.

What is your advice to survive in today's market and stay ahead in the game?

I tell them to continue their education to try and get as much training and education as they can. I do encourage them to step outside of law enforcement for professional development. It is important that new officers understand they need to be social and approachable. Also, we don’t need to be a warrior all the time; but ensure that we are reaching out into the community and giving them the officer that they want to see. So it's having that balance of knowing when you need to be the warrior and when you need to be the guardian. We've tried to instill that in them early on in the academy.

When it comes to previous generations, they can sometimes be scared of the technology. I would tell them not to be scared of it instead, embrace it and see how it works for you. We have to realize that we have to adapt to the new technologies to be successful in the field, and that's what we try to instill to them.

New Challenges For The New Normal

Are Telcos Too Late To The Game?

Fast Speeds And Low Latency - But What Has Reliability Slipped In...