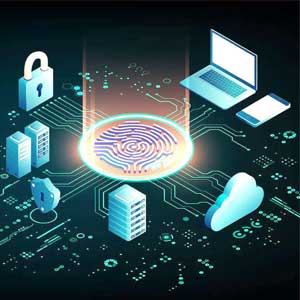 There may be no more important ingredient to law enforcement than the right information at the right time for the right reason. While this triad framework sounds simple, it is not easy. Ahead of the information process and enablers, agency leadership, deployment schemes, and quality assurance must become the sustainable and resilient three-legged stool to support data ingredients that will eventually become sense-making and knowledge management.

Additionally, between September 11, 2001, and now entering the third decade of the new millennium, law enforcement demands to honor the ninth Peelian principle of having efficiency through the absence of crime and not the visible evidence of police dealing them (crime). Reducing this concept to action, all layers of an agency—to include the partnerships of the affected criminal justice system—must derandomize behaviors, work to eliminate biases, and align egos for the best police-community outcomes. Prudent Policing in this realm is merely localized wisdom. Wisdom can be deconstructed from knowledge, back to intelligence, rooted in information, commencing with data, and the prescriptive removal of noise.

There are various versions of the well-known intelligence cycle that serves military operations, homeland defense and security, and the criminal justice system. As data comes into the system, typically from the organizations’ critical mass, it tends to travel through a hierarchal process and come back in a structured format for eventual dissemination and feedback. In law enforcement, this tends to be slower than needed to be effective for officer safety, situational awareness, and sense-making in true, or near, real-time. The difference between the intelligence cycle, albeit absent the enabling element (supporting technology), is the literacy of the end-user.

By developing a good IL process and enabler, the knowledge
management and sense-making of the organization will raise the bar toward
prudent policing and build a sustainable and resilient legacy of
police-community trust and reliability

In the summer of 2008, the Tampa, FL Police Department’s northern district, which is approximately one-third of the city and equivalent by deployment and community of one New York City precinct, was plagued by gang-related, enterprise residential burglaries. After a 2003 simplification of the police mission and strategic plan and lowering city-wide crime by over 55 percent in just five years, these property crimes caused a city-wide plateau. Flat-screen televisions were becoming affordable and in vogue for the average homeowner, and the youth gangs were doing kick-in style residential burglaries by the dozens while taking street-level orders, thereby bypassing the pawn shops.

In a dual desire to regain momentum, a new process was developed to enhance information literacy (IL) by, firstly, requiring all cases to be referred to an accountable detective; secondly, having tactical information exchanges with geospatial context and co-responsibility; and finally, requiring relentless follow-up investigations as if each burglary was a homicide. Through intense leadership, deployment modification, and quality assurance, the IL became so strong that it not only reduced the burglary challenge, it became the new process born into an enabling technology that transformed the agency. Over the next dozen years, the department has reached an 80 percent crime reduction, lowered arrests by over 65 percent of adults and juveniles, and has a crime clearance rate well beyond the large city averages as well as the statewide numbers.

The police tend to be the random side of the equation when it comes to a business plan. The offenders (and victims) will certainly be dynamic; however, their recidivist efforts and preceptive behaviors will be consistent. The agency will have attrition by way of assignments, advancement, and retirements, which all go against the nature of community policing sustainability. By developing a good IL process and enabler, the knowledge management and sense-making of the organization will raise the bar toward prudent policing and build a sustainable and resilient legacy of police-community trust and reliability.