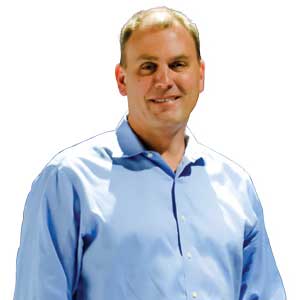 Kevin Sawatzky, CEO Here is a hypothetical scenario: after an eight-year-old girl is abducted at a city mall, the grief-stricken parents alert the local and state police of their daughter’s kidnapping. Nearly four hours later, the abductor, who has already fled to the next state, gets pulled over for speeding on the expressway. Had the police officer not been promptly intimated of a kidnaper matching the driver’s information, he would have simply handed the abductor a speeding ticket and allowed him to continue on his ride. However, the kidnapper is apprehended for a federal crime, and hours later, the young girl is reunited with her kin.

The abductor’s plans to flee were doomed since he happened to be in one of the 31 states where law enforcement and criminal justice agencies have access to Computer Projects of Illinois’ (CPI’s) OpenFox suite of information-sharing products, the most widely deployed Control Terminal Agency/Control Terminal Operator (CTA/CTO) law enforcement software suite. During the brief interval between the abduction and the traffic stop, there were alerts circulated across state systems, making it impossible for the perpetrator to escape scot-free. This sequence of theoretical events encapsulates the value addition of CPI’s OpenFox Information Broker/Message Switching System, which gives law enforcement personnel prompt access to real-time state and federal criminal justice agency information. The law enforcement personnel are also privy to city and county-level data, granted local representatives feed their information into state databases.

The Gateway between Information Systems

Since the OpenFox line of products provides a gateway between state law enforcement and national information systems such as the National Crime Information Center (NCIC) and Nlets, the International Justice and Public Safety Network, criminal justice integration efforts between probation and parole officers, Homeland Security, and other law enforcement entities are bolstered sufficiently. According to CEO, Kevin Sawatzky, CPI has earned the trust of the law enforcement community due to its ability to constantly upgrade the OpenFox message switch and its suite of products, to meet the ever-changing national and state criminal justice standards. “Since we began Computer Projects of Illinois in 1989, we became the leading option for state and federal agencies, and have retained them as customers for over three decades. This is primarily because we have grown organically by talking to customers, and we develop products driven by their needs, which has a positive impact on them,” says Sawatzky.

Besides being a state-level enterprise switch in more than half of the country, CPI’s OpenFox is currently deployed in eight U.S. federal agencies— the DOJ, Navy, Air Force, DHS ICE, NCB-Interpol, Postal Inspectors, the Army, and the National Center for Missing and Exploited Children.

States can communicate with each other on our messenger workstation software and pass on the warrant for an arrest, or other important information

CPI, a technology company that focuses on the unique requirements of professionals in the law enforcement and criminal justice fields, takes pride in its product onboarding process, which can get a tad complicated due to different laws and practices being institutionalized across states because of legislative reasons. Due to varying data formats between different states, CPI’s products require a great deal of configuration work. However, once activated, national and state systems are in sync like they’ve never been before. “Our products are ‘customizable and off-the-shelf’ because they are heavily configured. The OpenFox Message Switch needs to be configured accordingly so the end-user can interact with national systems and other state systems,” explains Sawatzky.

While CPI’s crown jewel is the OpenFox Message Switching System, they have a lot more to offer from their arsenal, such as a host of database-driven software applications. Some of these applications, which are easily configurable to meet the terms of any agency, county, state, or national level standards, include the likes of OpenFox Criminal History Client, OpenFox Sex Offender Registry (SOR) 2.0., and OpenFox Online Validations. The OpenFox SOR 2.0 solution came into existence because convicted sex offenders are some of the most closely tracked and monitored individuals in the country. Since this information is housed in myriad locations, including municipalities, state databases, and national sex offender registries, CPI saw the need to design an application that negates the task of making multiple entries across different platforms.

The Foundation of the OpenFox Hotfile

Just like with their other products, CPI examined the lay of the land before seeing the dire need for their OpenFox Hotfile application. Here is why: on the national level, the NCIC maintains a database of stolen articles and vehicles, wanted and missing persons, so on and so forth. However, each state has unique requirements and has no control over the central information. Therefore, they may need to keep a local copy of the same data. This is why CPI designed the OpenFox Hotfile application, which essentially mirrors the NCIC database and allows regional, state, county, and municipal agencies to view, share, and report information they would otherwise not have access to. Thereafter, the agencies have the ability to customize the NCIC data to serve their respective cases. “The Hotfile database was the second product we designed after the message switch. We ventured into database development, and since then, we have continued to focus on our database offerings,” says Sawatzky while explaining that OpenFox’s real value addition is ensuring that the information transfer from one state to another “is not difficult to interpret or access.”

While most of CPI’s products are intended to act as a conduit that allows data to flow smoothly between the NCIC, NLETS, and other information systems, the organization also designs a host of workstation software for law enforcement agencies. Some of these include the OpenFox Messenger, a cost-effective solution that allows an agency to provide its officers with better and timely information. “Since the workstation software is built like an email client, it is very user-friendly,” says Sawatzky. The messenger is particularly useful in the event of a hit-and-run incident. “States can communicate with each other on our messenger workstation software and pass on the warrant for an arrest, or other important information,” adds Sawatzky.

The state of North Dakota was the first to officially utilize the OpenFox Message Switching System back in October 1996. However, it was the state of Indiana that emerged as CPI’s first full-fledged software-as-a-service customer. When state officials approached CPI, they were looking for a new disaster recovery system, after facing difficulty with locating the system in a state facility. After discussions, CPI recommended the state of Indiana to host its own disaster recovery system at the current production environment and move the production system into CPI’s data center. This move was made possible by establishing a robust networking tunnel between the two entities. “We signed them up on a software-as-a-service model and began hosting their production message switch from our office. Since then, they have experienced absolutely no drop in performance or reliability,” says Sawatzky.

In the succeeding years, CPI migrated the state of Indiana from the original data center to a brand new Tier 3 data center, at no additional cost. According to Sawatzky, the migration was a part of CPI’s upgrade of data architecture, and the move was par for the course.

"We want to make headway into our international operations, and break bread with foreign law enforcement agencies"

As science and technology evolve, CPI is bracing itself for a bundle of unique opportunities in the coming years. Besides preparing its clients for tomorrow’s challenge, which involves the migration of law enforcement data from the existing format to new standards such as the National Information Exchange Model (NIEM), CPI works in close quarters with vendors who help federal agencies integrate biometrics and other new technologies across platforms and offices.

Sawatzky & Co. acknowledge the importance of analytics, and why it is imperative for designing newer, innovative ways to share information across national and state systems. CPI has also started reaching out to international law enforcement agencies, not just to partner with them, but also to observe their information-sharing techniques. However, the CPI team does not intend to shy away from their primary focus, which remains the prompt, reliable, and efficient exchange of law enforcement information. “We want to make headway into international operations, and investigate opportunities with foreign law enforcement agencies. We want to expand our solutions and technology offerings, by testing our boundaries,” concludes Sawatzky.

Description
A technology company that serves nearly half of all law enforcement agencies in the U.S. with a host of comprehensive suite of informationsharing products and solutions 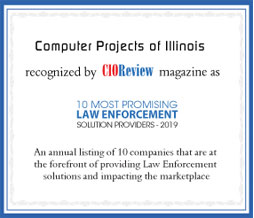 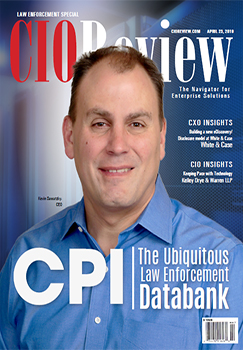